MG2  Group is proud to announce the completion of several recent ground-up construction projects in the growing neighborhoods of East Boston: 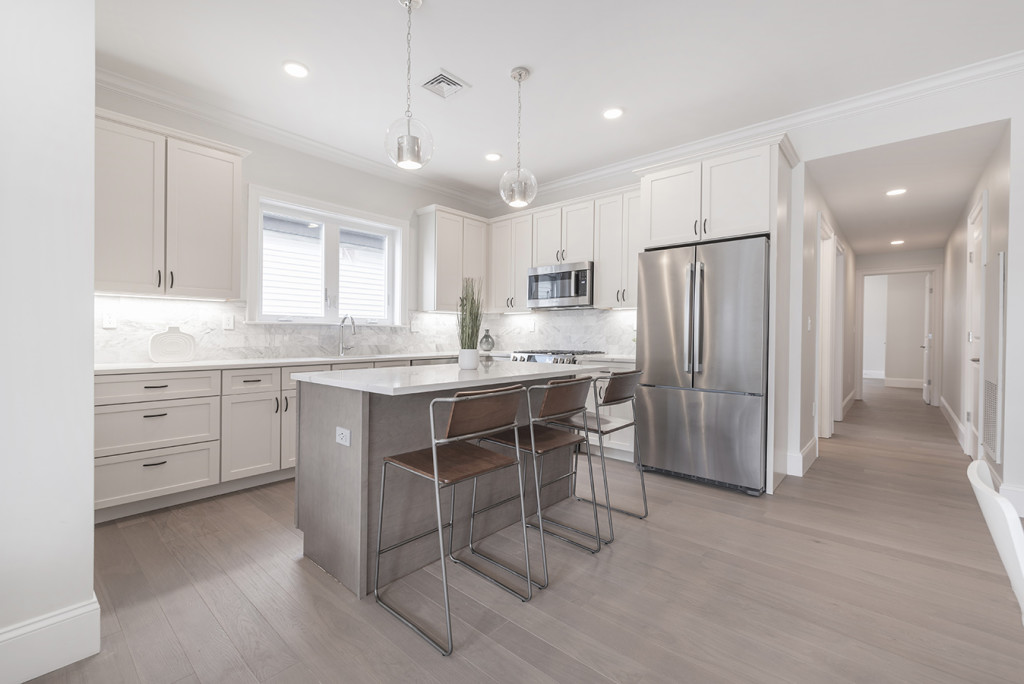 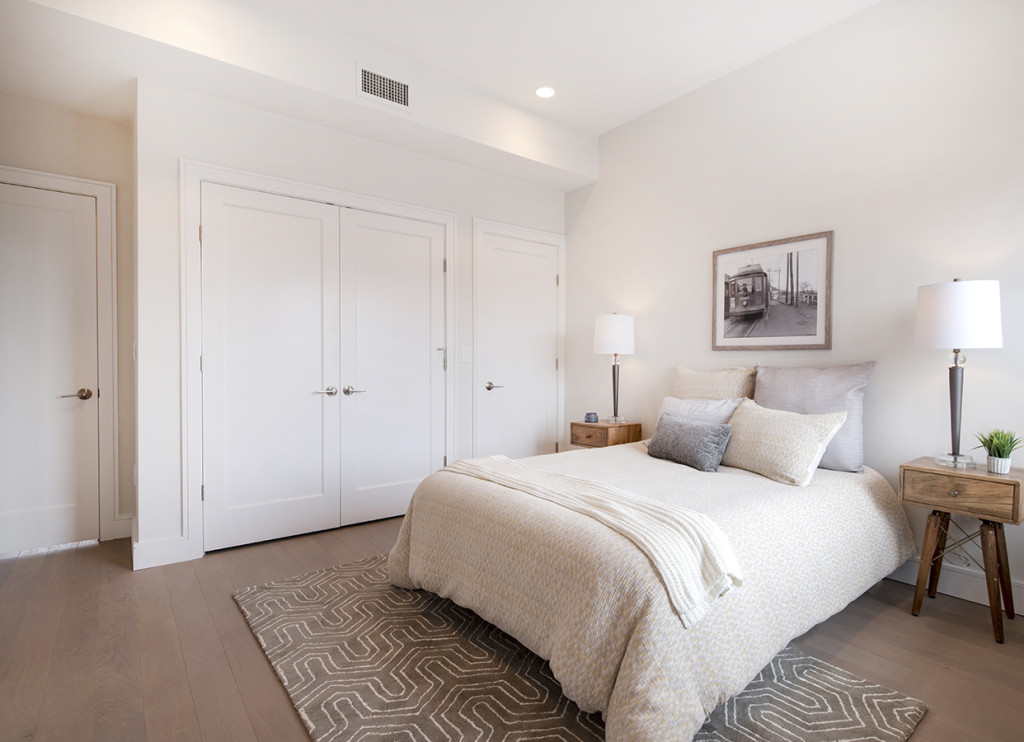 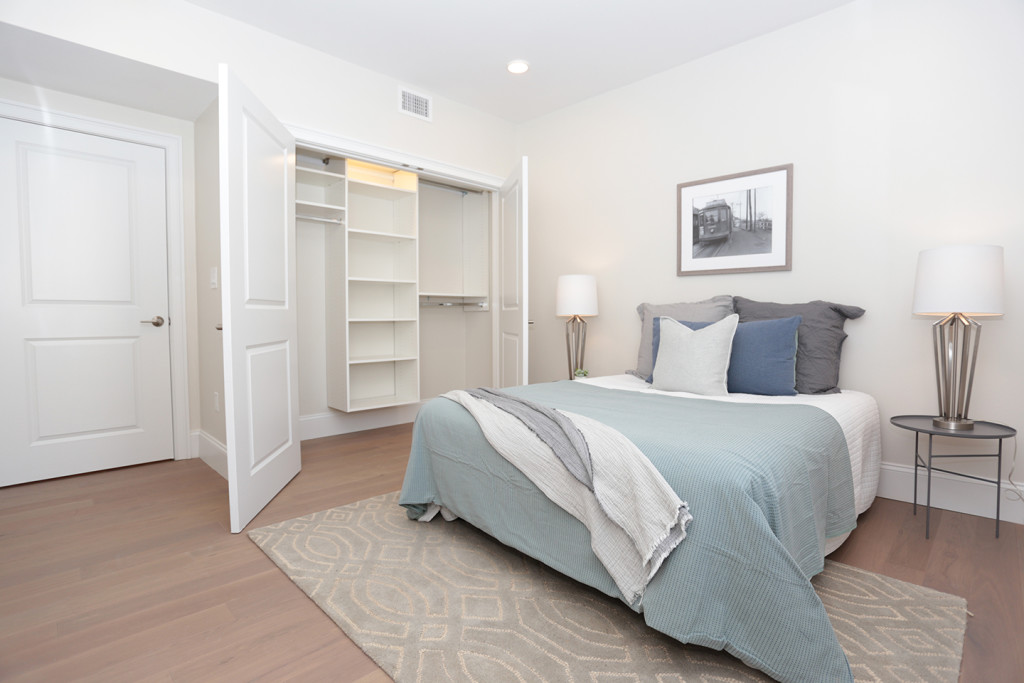 Article from the Eastern Boston Times, written by John Lynds
At its last meeting of the year the Boston Planning and Development (BPDA) approved the 30 unit rental project proposed for a large vacant lot on Saratoga Street.

Developer MG2 plans to develop the 16,500 sq. ft. vacant lot at 656 Saratoga St. into market rate rental housing by combining six parcels on the lot into one developable parcel.

However, the community still felt at five stories and over 50 ft. tall the building was uncharacteristic of the surrounding neighborhood and sent MG2 back to the drawing board. MG2 then lowered the building to four stories and 40 units with 30 parking spaces. This was the plan that was rejected by members of the HVNA at a meeting a few months back.

At last month’s HVNA meeting MG2’s attorney, Richard Lynds, said his client has reduced the number of units to 30 and knocked an entire floor off the building, bringing the height down to just under 32 ft. at three stories.

As currently proposed, the 30 residential units are anticipated to consist of 14 studio units, seven one-bedroom units, and nine two-bedroom units.

This project will also include a financial contribution of $28,500 to be used toward the relocation of the MBTA bus stop and shelter on westbound Bennington Street/Moore Street on the Route 120 to the far side of the intersection. This transportation enhancement will improve operations on the Route 120 bus and improve pedestrian safety. In addition, a $3,000 contribution to the Salesian Boys and Girls Club Incorporated will be used for general operating capital for the club, which provides athletic, tutoring, dance, cooking, and educational programming for local children. Another contribution of $3,500 to the Veronica Robles Cultural Center Corp. will be used for general operating capital needed to sustain and implement youth programs which include art making, dance, and musical activities.

Article from the Eastern Boston Times, written by John Lynds
The Boston Planning and Development Agency (BPDA) approved two separate projects on Border Street at agency’s October meeting that will result in 34 units of housing and financial contributions to the East Boston Social Centers and East Boston Greenway as part of construction mitigation.

The first project by MG2 at 277 Border St. plans to eliminate an existing auto body to construct five story, mixed-use development with 18 units and parking for eight vehicles.

The project was supported recently by members of the Eagle Hill Civic Association (EHCA). EHCA members worked for months on the project’s design, scale and mitigation to local non-profit organizations.

The building will feature 18 condominium units, made up of 16 market-rate units and two affordable units under Boston’s Inclusionary Development Policy (IDP). In addition, the building will also have one ground floor commercial unit. There will be eight off-street garage parking spaces located at-grade level. Bicycle storage and a trash/recycling room will be located within the ground-level of the building. The 18 condominium units will consist of a mix of four studio units, 11 one-bedroom units, two two-bedroom units, and one three-bedroom unit.

The building would be a modern design with large windows and a mix of metal and wood materials.

According to the BPDA, the project will create about 40 construction jobs.
The second project the BPDA approved was just down the street from the first at 425 Border St.

There the developer plans to replace an existing auto repair shop with a five story, 16 condo unit building with 16 off-street parking spaces. Two of the 16 units will be affordable IDP units.

All 16 units will be two bedroom units. The project is located five blocks from Central Square and less than one mile from the MBTA’s Blue Line Maverick Station, and is well served by multiple bus lines operating in Eastie.
Again the developer has committed $10,000 contributions to both the East Boston Social Centers and the East Boston Greenway.

The project includes a more modern design than what EHCA members are usually support. However, while the project is in the Eagle Hill Historic District the developer plans on making the building a blend of modern and more traditional since it borders historic homes at the transition between the historic district and more industrial area of Border Street.

This project, according to the BPDA, will create 50 construction jobs.

Article from the Eastern Boston Times, written by John Lynds
At last Thursday’s Boston Planning and Development Agency (BPDA) meeting the BPDA approved two East Boston residential development projects that will add 61 units of housing to the neighborhood, eight of which will be set aside as affordable units.

The first project approved by the BPDA will allow developer, MG2, to go ahead with plans to re-develop a 6,074 square-foot commercial site at 152 Liverpool Street in the Central Square section of the neighborhood that is currently an auto repair shop.

The project will involve the demolition of the former auto repair shop and the construction of a new, five-story, mixed use building, containing 23 residential units, one commercial unit, and nine off-street parking spaces located in the building’s garage. The garage will be entered and exited via Liverpool Street, which has access to Central Square and Meridian Street.

According to MG2’s attorney, Richard Lynds, the proposed project would create a residential development combining market-rate and affordable housing opportunities in an ‘aesthetic appropriate’ in scale, massing and design to the Central Square area. The retail space, explained Lynds, could be used as a cafe or affordable office space.

The project will include three affordable units under the BPDA’s Inclusionary Development Policy (IDP).

The second project approved by the BPDA will replace a former factory at 287-293 Maverick St. with 38 residential units, including five IDP units and commercial space.

Developer MG2 received community support from both the Jeffries Point Neighborhood Association and the Gove Street Citizens Association. MG2 plans to tear down an former industrial building known locally as the ‘Pickle Factory’ at 287-293 Maverick St. and replace it with 38 condo units.

The site is currently occupied by a garage and warehouse, and is approximately eight minutes walking distance from the MBTA Blue Line subway and bus service at Maverick Station.

“In addition to revitalizing the former industrial site, the project will provide a number of public benefits to the East Boston neighborhood, including, but not limited to: pedestrian access improvements and new widened sidewalks, a $30,000 contribution toward a neighborhood transportation analysis, planning initiative, or public realm improvement(s), and a $5,000 contribution for the Crossroads Family Center, Inc. to support the organization’s mission and the services provided to support families as they transition from homelessness to independent living and self-sufficiency,” the BPDA wrote in its ruling.

Article from the Eastern Boston Times, written by John Lynds
The Boston Zoning Board of Appeals (ZBA) on Tuesday voted unanimously to approve zoning relief for developer MG2’s project at 11-19 Walley St.

The project, which was scaled down from its original proposal in 2016, received Orient Heights Neighborhood Association approval last year and Boston Planning and Development Agency (BPDA) approval this year. After a series of community meetings the developer decided to reduce the height of the building from five to four stories and reduce the number of units from 48 units to 38 units.

According to the developer’s attorney, Richard Lynds, the reduction in height and number of units has resulted in the creation of a top floor common space with balconies that can be used by residents to host parties or other gatherings.

The proposed project consists of the redevelopment of a 14,993 square-foot industrial site situated at 11-19 Walley St. near the Suffolk Downs MBTA station.

The project will consist of the 38 market rate rental units with 25 off-street parking spaces located in a garage under the building that will accessed from Walley Street.

Due to the size of the proposal the project also includes five affordable units under the City of Boston Inclusionary Development Policy. Lynds said community benefits would include removing an industrial site and creating not only the residential building but also landscape buffering and associated streetscape improvements. MG2 also agreed to adopt the small triangular park between Walley Street and Orient Avenue. Lynds said MG2 plans to rehab the park, improve pedestrian access around the part and pay for the yearly maintenance of the park.

Lynds told the ZBA that MG2 is currently working with the MBTA to iron out methods of construction as to not disrupt or interfere with MBTA operations due to the project’s close proximity to the Suffolk Downs Blue Line station.

John Ellison of the Mayor’s Office of Neighborhood Services as well as Judy Evers from City Councilor Lydia Edwards’s Office spoke in favor of the project.

Article from the Eastern Boston Times, by Times Staff
The Gove Street Citizens Association (GSCA) voted 18 to 3 in favor of a complete historical rehab and condo project at the former DeAngelis Bakery building on the corner of Maverick and Orleans Streets.

Developers of the project at 173-177 Maverick MG2 will consolidate three buildings and create nine condo units and a commercial restaurant space on the ground floor.

“Currently there are six units in the three buildings,” said MG2’s Attorney Richard Lynds. “While we will be going from six units to nine units we will be reducing the current bedroom count from 18 bedroom to 14 bedrooms.”

The project will be a mix of studio, one and two bedroom units.

The proposed project will also add a fourth floor to the building that will be set back and make use of more modern materials.

“This will be a complete historic rehab of the current buildings,” said Lynds. “The finished project fits very well with the style and architecture of the surrounding area.”

Lynds said MG2 is currently in negotiations with a local restaurant to occupy the 2,250 sq. ft. commercial space on the ground floor. While he would not name the restaurant Lynds said it was an Eastie based business that was looking to expand and thought the space would be a perfect fit for them and the area.

Even the most ardent anti-development members of the GSCA applauded the project.

“I think this is the first time I’ve ever agreed with you,” said one member to Attorney Lynds to an outburst of laughter from the audience. “I’m really happy with this project. You’re keeping the old building intact and I just love the fact you are going to renovate that beautiful corner building.”

MG2 will now head to the Zoning Board of Appeals next month or in May at the latest and will seek zoning relief for use, rear yard, floor area ratio, height, open space and parking.

Lynds said if MG2 is successful in receiving zoning approval construction on the project should begin this summer and take about 10 months to complete.